Bryan Holt and his family joined ECC in July of 2012. After a long pastoral search process that he was not a part of, Bryan had come to fill the pulpit for one Sunday. The church continued to have him preach more, until it became clear that he was supposed to be the interim pastor at Emmaus. After a 6 month stint as interim pastor, he was brought before the congregation as a candidate for the “permanent” pastor position. The congregation confirmed him as the pastor, and he and his family have been at ECC ever since. In September of 2019, the church ordained its first group of Elders and Deacons. Now along with the new Elders, Bryan continues to serve as a staff elder. Maintaining the primary preaching roles for ECC. 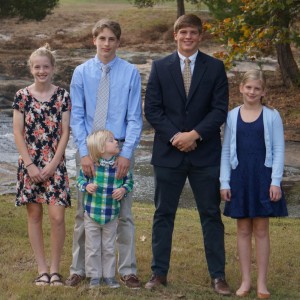 Bryan has a deep desire to preach the Word of God faithfully, and see the people of God equipped for the work of ministry. He and the Elders want Emmaus to be a place of refuge for the hurting, of comfort or the broken and strength for the weak. We all come from different places in our walk, but there is one thing that is clear, we ALL need Jesus! No matter where you are, if you are breathing, you need Jesus.

Bryan is a Powhatan native who graduated from Blessed Sacrament HS, and went on to Mary Washington College. He brought with him his wife Rebekah and their four children: Micah, Nathan, Chloe and Jane. Since he became the pastor of ECC, Ian Jude was added to the Holt family and the ECC family. Bryan is a bi-vocational pastor, so he also works a construction job in addition to his pastoring duties. 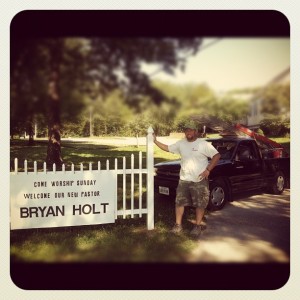 His office hours are Typically Tuesdays 9-4PM and Fridays 9AM-4PM If you would like to meet outside of those times, give hm a call at 804.372.5262 or email the church at emmauscc1@verizon.net
You can also read his sermon notes, and hear the audio for the sermons, as well as other things he has written below: